It must be time for a book review again on the blog, so I thought I’d discuss one that I’ve just finished reading: Eat, Pray, Love by Elizabeth Gilbert. I’d been vaguely aware of this book for several years, but didn’t decide to read it until I was in Bali in April. What I didn’t realise was that in the United States, there’d been some kind of mass hysteria about this book amongst women of my age (perhaps the book was featured on Oprah), and that it had been an enormous best seller. Why? I have no idea, but I’ll save my reasons for being critical of the book until later. 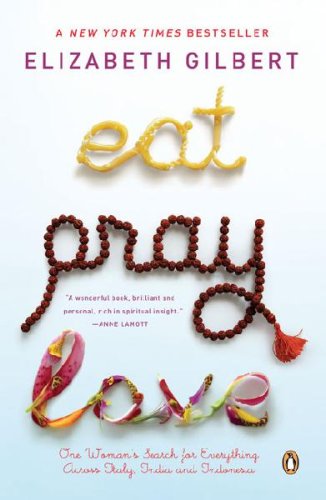 The book tells the story of 33 year old Elizabeth Gilbert, an established writer, her marriage break up, descent into depression and recovery through a year’s travel in Italy, India and Indonesia (Bali). It is an exploration of her feelings, her spirituality, along with her guilt and inaction to deal with both her property settlement and end an affair that is clearly co-dependent.

Reaching for the Paxtine already? In need of counselling? Then don’t read this book.

Having been to India and Bali (and being aware that the book had been a huge bestseller), I had the expectation that I would enjoy Gilbert’s tale … That in it, I would find something that I could relate to because I’d travelled to both places. Indeed, I was –wrongly- expecting quality travel literature mixed with personal insight, a la The Snow Leopard. 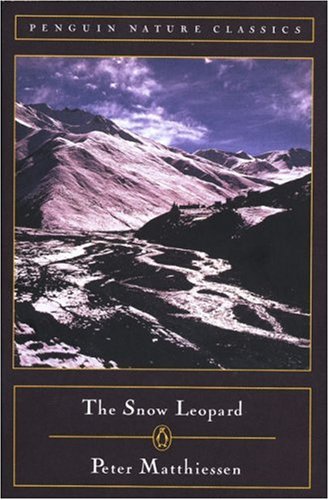 Be warned. Gilbert is no Matthiessen. Not even close.

Instead, what I found was Gilbert’s descent into self indulgent, self-obsessed navel gazing. And eating.  The book starts well enough, with Gilbert at her lowest ebb, sobbing to her conscience on the bathroom floor. However, when I began reading the Italy section, I almost put the book down. The first part of the book largely comprises the tale of Gilbert stuffing her face in Italy and endless procrastination about her property settlement and ending her affair with David.

Ok, I’m a fitness freak. To me, food is fuel not something you use for comfort (apart from the occasional piece of chocolate). I could cope well enough with her need to travel for a year in order to get over her personal issues- which many other readers have a problem with, viewing it as self-indulgent and shamelessly vaunting her privileged position as an American writer with an advance on a book contract. But the stuff-your-face eating festival made me want to vomit … all over the book.

And then to India. Gilbert was going to spend some time in her Guru’s Ashram, meditating, serving, and praying. She was also going to tour around India a little (I wish she had). What she does instead is whinge about how hard it is to meditate and how hard it is to memorize a chant – this, incidentally, after four months learning how to conjugate Italian verbs! Apparently, she was meditating before she went to India. If so, why is it so surprising to her that mediation is hard work? One suspects that Gilbert was like a lot of Western yoga/meditation/Buddhist practitioners – they like the baubles and beads, but don’t want to sit, get out the mat, spend time doing the work. It’s confronting and confusing. She should have gone travelling in India and spared us all. Travelling in India forces you to confront yourself very quickly.

In Bali, we finally get a glimpse of something less than superficial, but it’s again hijacked by Gilbert’s obsession with a medicine man and helping a Balinese healer get a home. There is a small section of the book where Gilbert starts to give some insight into her understanding of how Balinese people understand the metaphysics of the world, but it’s over quickly and the reader is swept back to the sweet, sugar-coated New-Age pap that’s come to symbolise our time poor, image-driven culture.

Aside from the over-eating and self-obsession, the One BIG Thing that annoyed me the about this book from the start is its contrived division into 108 chapters. Yes, that’s right. One hundred and eight chapters: the same number of beads possessed by a mala (prayer) string. This device was unnecessary and superficial. Like the rest of the book.

My recommendation: clear out your email inbox rather than waste your time reading this book. The only other book I have been this disappointed with recently was The Da Vinci Code (oh, and Richard Flanagan’s The Sound of One Hand Clapping, but that was because the characters drove me nuts – not because it was superficial, contrived or poorly written).

But then, perhaps if you’re a Desperate Housewives-Reality TV junkie with a superficial life, Eat, Live, Pray might do it for you…