I’ve never had cause to look into a brake controller until recently.

With my little offroad box trailer being under the 750kg limit for brakes I’d never owned anything else that needed one. So here I was initially wondering what a brake controller did beside the obvious, control the brakes.

When Ezytrail Campers offered me the opportunity to take one of their campers on our travels for a couple of months I seized upon the chance.

Once again I hit the net researching what brake controllers did and what was available.

My “try locally made” mantra again brought me to Redarc and I approached them and they supplied me with the Redarc Tow-Pro Elite. I said I’ll offer a review and my thoughts but never realised it was really as simple as fitting the controller and then pretty well forgetting about it! 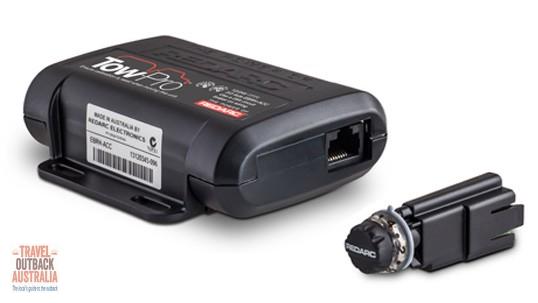 I wimped out here, normally I’ll have a go at fitting most accessories but in this case and given it concerned brakes, I decided I didn’t have the knowledge to do this job.

I took it to a local auto-electrician who deals in Redarc products and after hearing about the difficulties in setting up this type of thing in modern vehicles, I was glad I did.

Once fitted the only thing to suggest you even have a brake controller is a small fascia switch that sits in amongst your original switches on the dash. The controller itself is fitted up under the dash and out of the way. 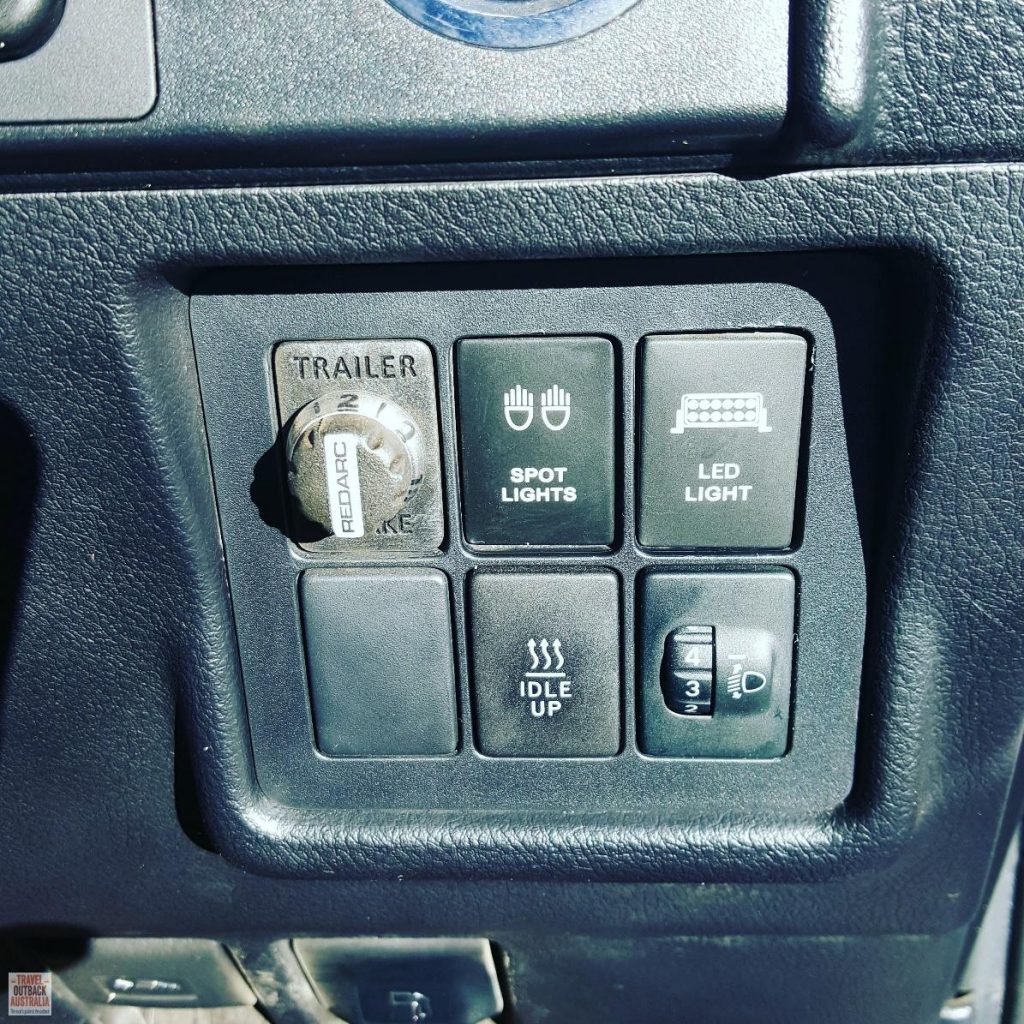 How does it work?

The Tow-Pro Elite has selectable automatic or user controlled braking modes. This allows the user to choose which function they want to use given the conditions they are driving in.

The automatic mode is controlled by inertia sensing and the manual by user input.

The brake controller can handle 12v or 24v without any changes and also features an active calibration that enables the unit to function at its best at any given time. According to Redarc the unit will operate both electric and electric/hydraulic brakes and conforms with Australian Design Rules if connected as required.

Once I took delivery of the Ezytrail camper I simply hooked up the trailer plug and the device started calibrating. Once it had calibrated I adjusted the dial so that the brakes came on when I depressed the brake pedal.

A lot of people seem to have different opinions on where to set the dial, sometimes involving different settings depending on whether you are driving on the highway or driving on suburban roads, but I found that once I set the dial I never had to adjust it again over the time I had the trailer hooked up.

This could be all about the difference in weights of different trailers but I didn’t get to explore this during my use of just one trailer.

The main thing I noted was that, in the event the trailer got a sway up, I could manually depress the dial to activate the trailer brakes only thereby reducing the sway. This I thought was important.

Fortunately however the trailer tracked true at all times and I never saw it get a sway up so I never had to use this function.

I did have one thing that occurred which ultimately saved me some grief. Under normal driving the light on the dial glows green only changing to red under braking.

I noticed the light flickering at one stage and then going off. This was weird.

Upon stopping I found that a trailer bearing had gone and one of the brake wires had been damaged. If the light had not alerted me I could well have lost a wheel causing more damage or even worse, causing an accident that could have resulted in something else much worse.

In this case the Redarc Tow-Pro Elite was a blessing in disguise. Thanks Redarc for a great product, I’ve decided to build a camper and this controller will come in very handy.